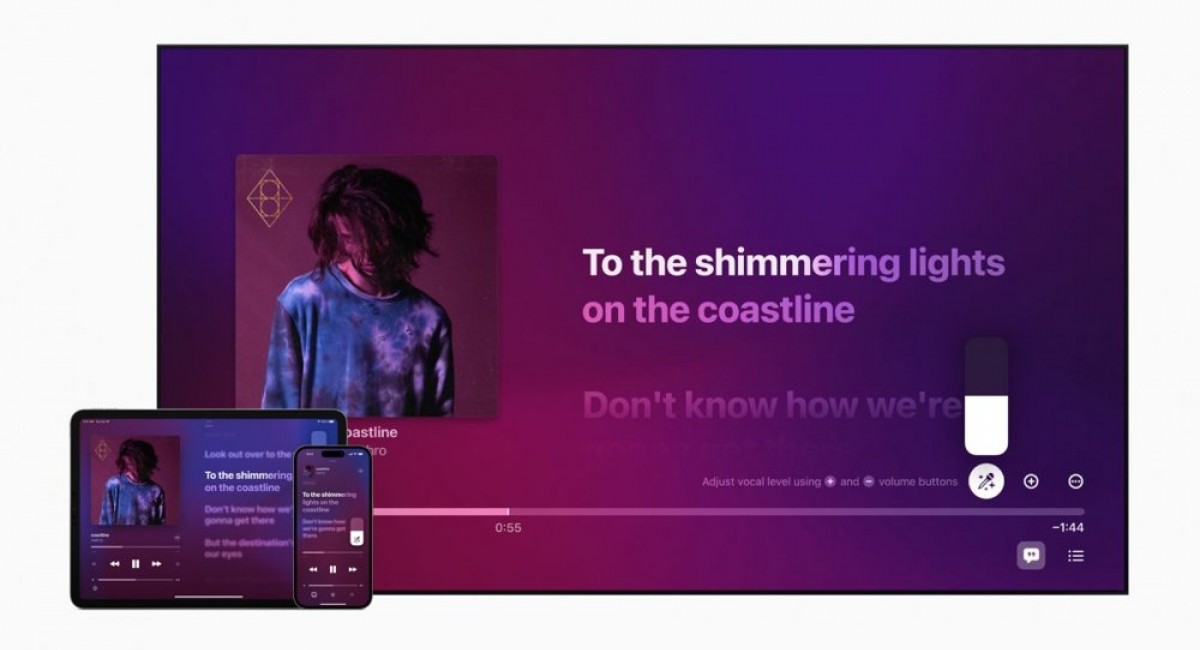 Apple has officially announced Apple Music Sing, a new feature that will allow Apple Music users to sing their favorite songs by adjusting the volume of the vocals and reading the lyrics at the same time.

Apple Music Sing displays the lyrics in different formats to help users perform the songs as a lead voice, duet, or take on the complementary role of secondary voices (background vocals).

With the arrival of Apple Music Sing, more than 50 specially designed playlists will be added for a unique and complete karaoke experience.

Apple Music Sing will debut on the service in December for iPhone 11 (or later), iPad 3rd generation (or later), and the new Apple TV 4K (2022).