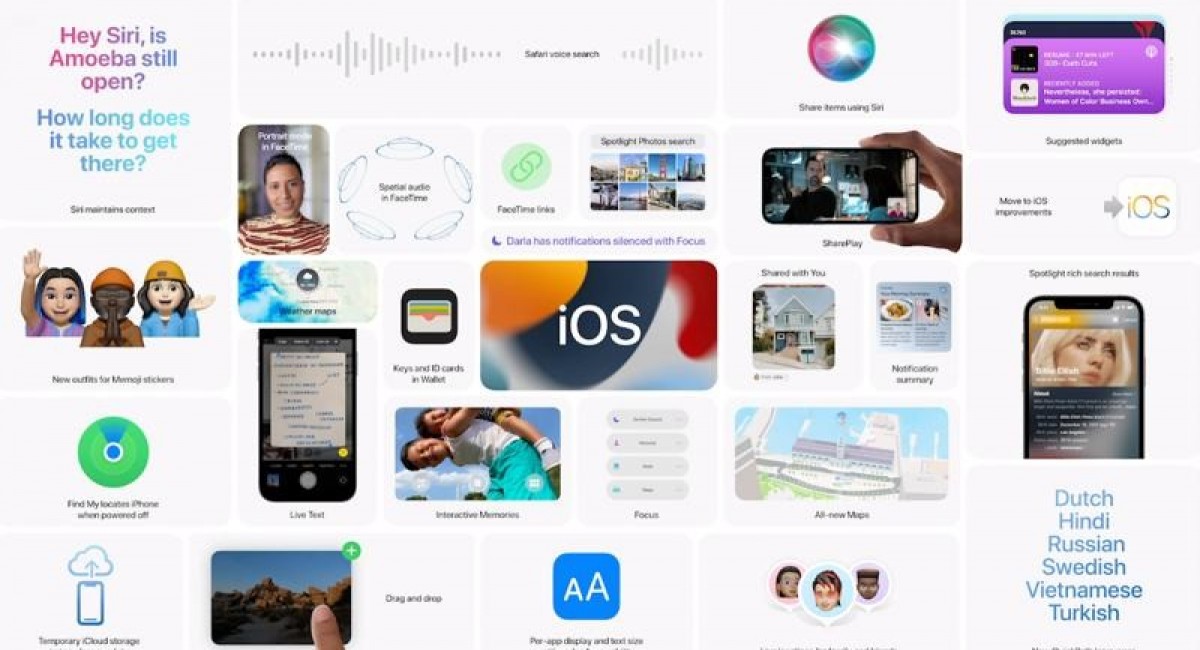 Apple has officially announced iOS 15, a major update with new features to enhance the iPhone experience.

FaceTime changes will make conversations feel more natural. With spatial audio, voices now sound as if they are coming from where the person is positioned on the screen, and new microphone modes separate the user’s voice from background noise. Portrait mode is now available for FaceTime and designed specifically for video calls, so users can blur their background and put themselves in focus. While using Group FaceTime, a new grid view enables participants to see more faces at the same time.

At the same time, Share Play allows users to listen to music and watch movies with their friends via FaceTime. Regarding video sharing (Disney +, Hulu, HBOMax, NBA, Twitch, ESPN +, Paramount +, TikTok), the picture-in-picture function is supported to use other apps.

Apple’s Messages will include new animations and will communicate directly with the News app to see directly the links that your friends share in the Shared With You category. Also, the photos sent by your friends will be saved in albums in the Photos app.

Focus is a new feature that filters notifications and apps based on what a user wants to focus on. Customers can set their device to help them be in the moment by creating a custom Focus or selecting a suggested Focus, which uses on-device intelligence to suggest which people and apps are allowed to notify them. When a user's Focus is blocking incoming notifications, their status is automatically displayed to others in Messages, reflecting that a user is not currently reachable.

The Live Text feature takes the text from the photos and transfers it directly to a word processor. Recognizes 7 languages and can be used in both photos and screenshots.

Weather is redesigned with full-screen maps and more graphical displays of data, Wallet adds support for home keys and ID cards, and browsing the internet with Safari is even simpler with a new tab bar design and Tab Groups 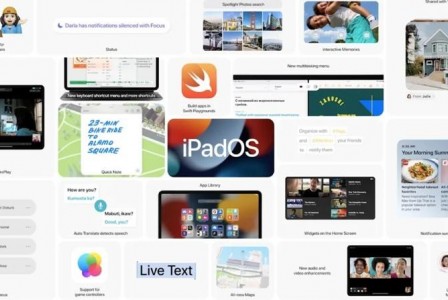 Apple has officially announced at the Worldwide Developers Conference 2021 its latest operating system iPadOS 15, which includes quite interesting and powerful features. ... 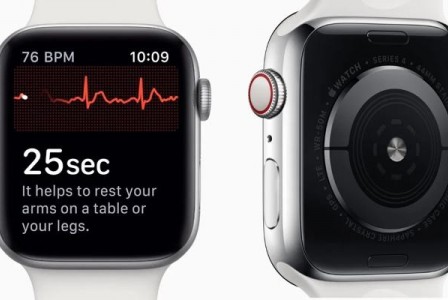 Researchers from Duke University and Stanford University claim that smartwatches could predict the results of users’ blood tests. According to researchers, through the ... 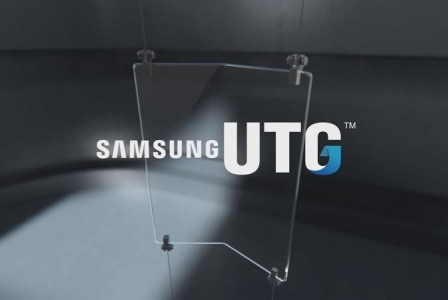