Handwritten letter by Albert Einstein with E=mc2 equation gets $1.2M at auction 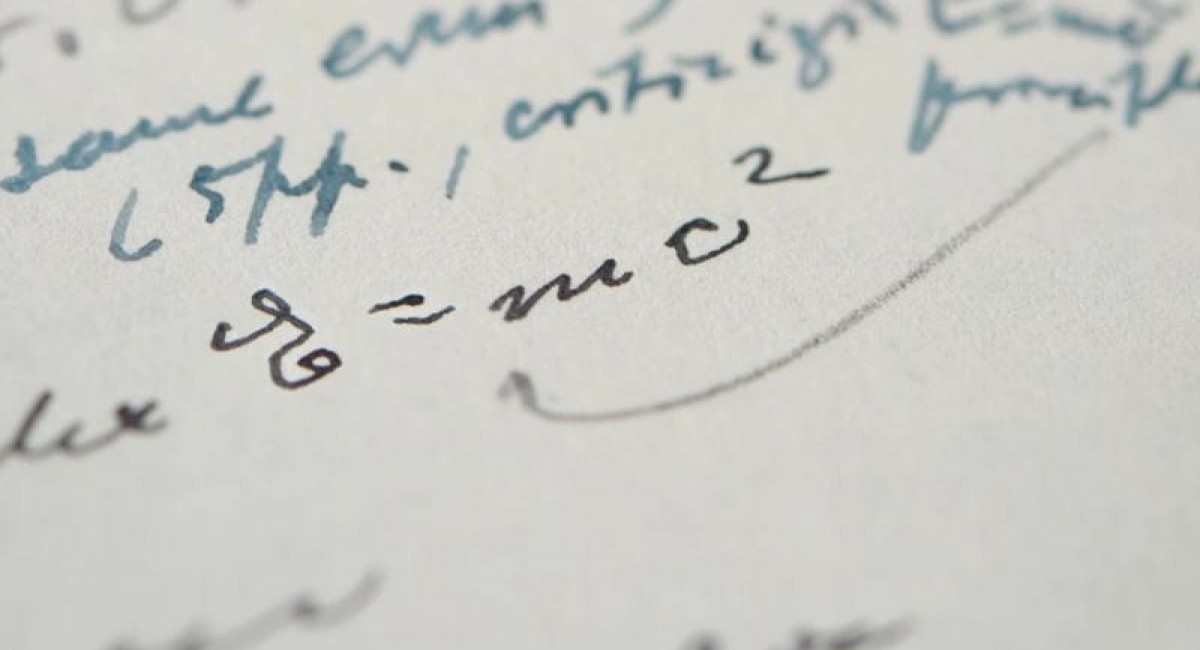 A handwritten letter by Albert Einstein to physicist Ludwik Silberstein, including the world-famous E = mc2 equation, sold for $ 1,243,707 at Boston-based RR Auction. The date of the letter is October 26, 1946.

"Your question can be answered from the E= mc2formula, without any erudition. If E is the energy of your system consisting of the two masses, E0 the energy of the masses when they approach infinite distance, then the system's mass defect is E0 - E / c2.

In your case, (E0 - E)pot = k m2/r. On account of the kinetic energy, however, the total energy deficit is only half as large, in accordance with the virial theorem. Therefore, if is the mass of the total system, 2m - M = 1/2 k/c2 m2/r on the first approximation, that is, if the influence of the finiteness of the radius of the masses is ignored. I am convinced that this (or a formula corrected with respect to the radius of the masses) cannot help in shedding light on atomic constants. For that one must first have a theory that contains the correct unification of gravitation and electricity."

According to archivists at the Einstein Papers Project at Caltech, and the Hebrew University of Jerusalem, there are only three known letters from Einstein, which include the equation E = mc2. This is the fourth example and was first revealed to the public in this auction. Silberstein, who challenged some of Einstein's theories, had this letter in his personal file.

The potential buyers were five and then there were only two left when the price exceeded $ 700,000. The winner of the auction remained anonymous.