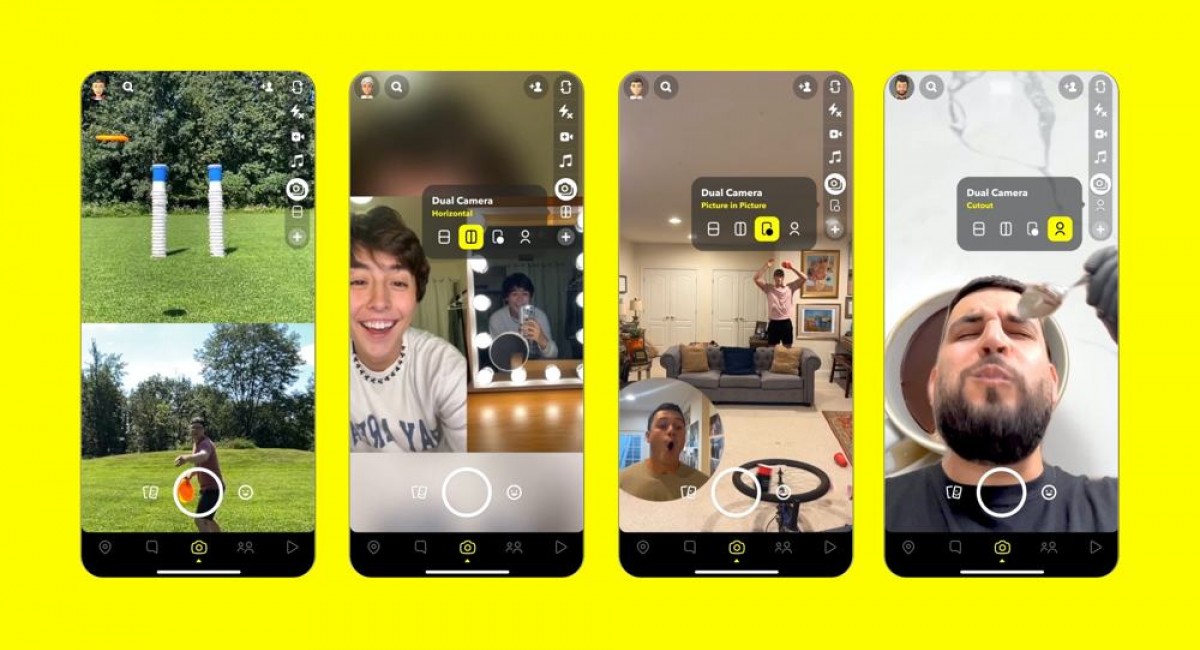 Snap Inc. has today added a new feature for Snapchat users on iOS devices, and this time the news is that it's borrowing an idea from its competitor. During all these years of its presence, the company constantly saw other platforms copying it, with the biggest example being that of Instagram.

The new feature is called Dual Camera and essentially allows users to simultaneously use the rear and front cameras in their creations. Four different layouts are offered: split screen horizontally or vertically, turn the rear camera shot into a background and picture-in-picture mode, with the possibility of using stickers and lenses, as well as adding music as in all other Snapchat creation tools.

If this feature looks familiar to you, it's because of the BeReal app, which was launched in 2020 and has been booming worldwide in recent months. Instagram has already launched its own corresponding tool and is now working on ways to improve its capabilities even more.

Note that Snapchat's Dual Camera feature will be available on Android devices after a few months.