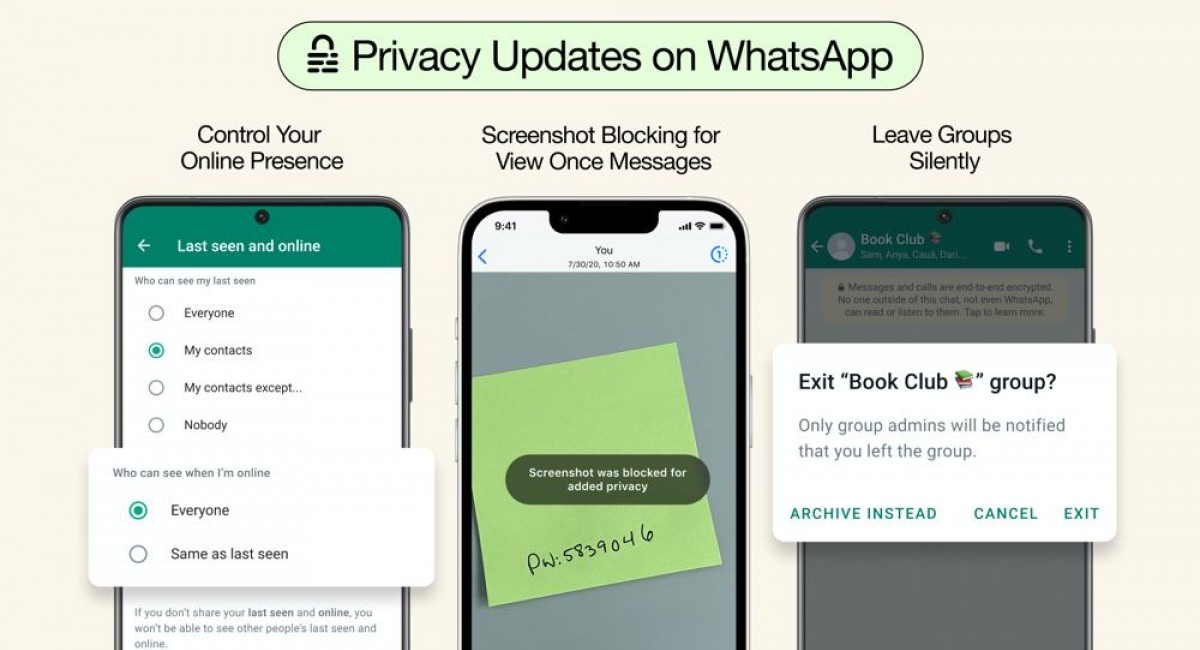 Meta has officially announced a series of new features to protect the privacy of WhatsApp users, which are expected soon on the service worldwide.

The first of these concerns the hiding of the user's status from everyone without exception, including the contacts in his list. Until now, you could only hide the status from those who were not in your contacts, but everyone else could see normally if you were online or not. From now on you will be able to hide this status either from everyone or individually from contacts you choose.

The second has to do with quietly leaving group chats without any of the other group members realizing that you have left the chat. This way you avoid the annoying or even indiscreet private messages asking you why you left.

The third concerns those who are used to sending self-destructing messages. The famous View Once messages allow the recipient to view them only once and then they are automatically deleted, but until now you couldn't know if the recipient had taken a screenshot. Soon you will be able to block the ability to take screenshots from the recipient for all these messages.