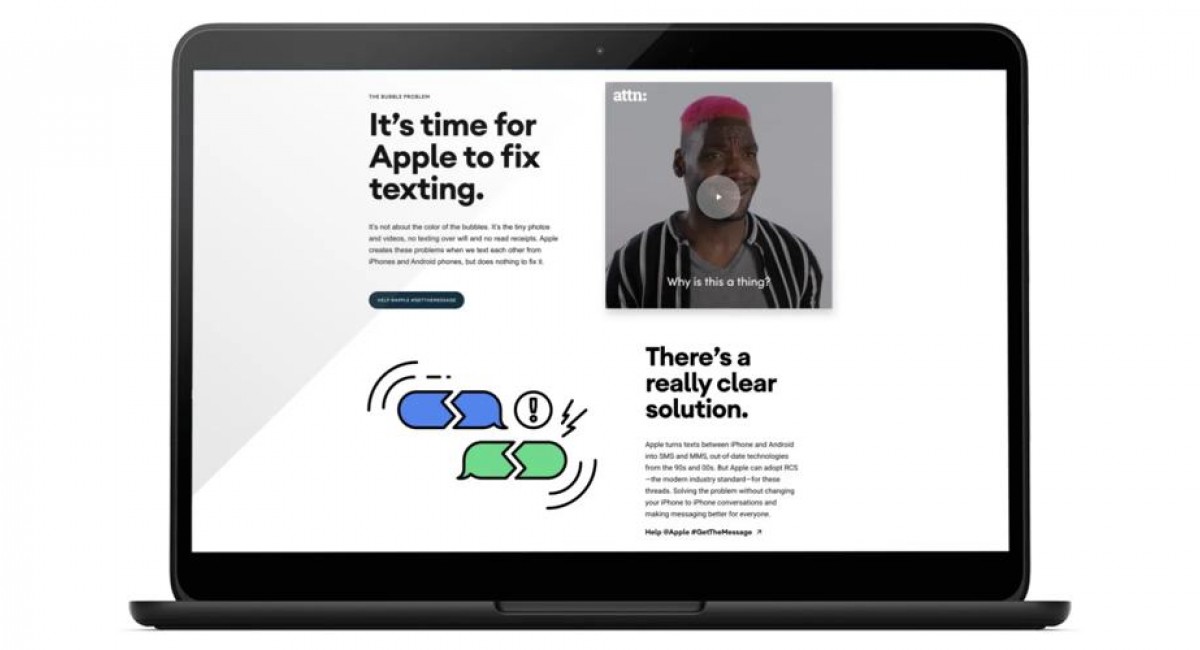 Google has launched a new campaign for Apple to push it to adopt the RCS standard in iOS's Messages service, a move that will unlock the integration of "enhanced" features into messages sent between iPhone and Android (and vice versa). .

Google's separate website analyzes the reasons that should have already convinced Apple to proceed with the adoption of RCS, while on Twitter the hashtag #GetTheMessage, which has been used by the official Android account for several months, has started to trend.

The truth is that Apple offers everything that the RCS standard gives but only for the communication of users who own iOS devices and not between the two different mobile operating systems. When RCS was first introduced, it was quite problematic to operate, and Apple is not known to be in a hurry to follow the moves of its competitors, nor is it particularly hot for Android device users.

Whether Google will succeed in this way to change Apple's minds is probably quite doubtful, but you never know. Maybe Apple will be forced at some point in the future to follow a common communication standard, which by the way is already used by 500+ million users worldwide, if they give such a command to e.g. the European Commission.