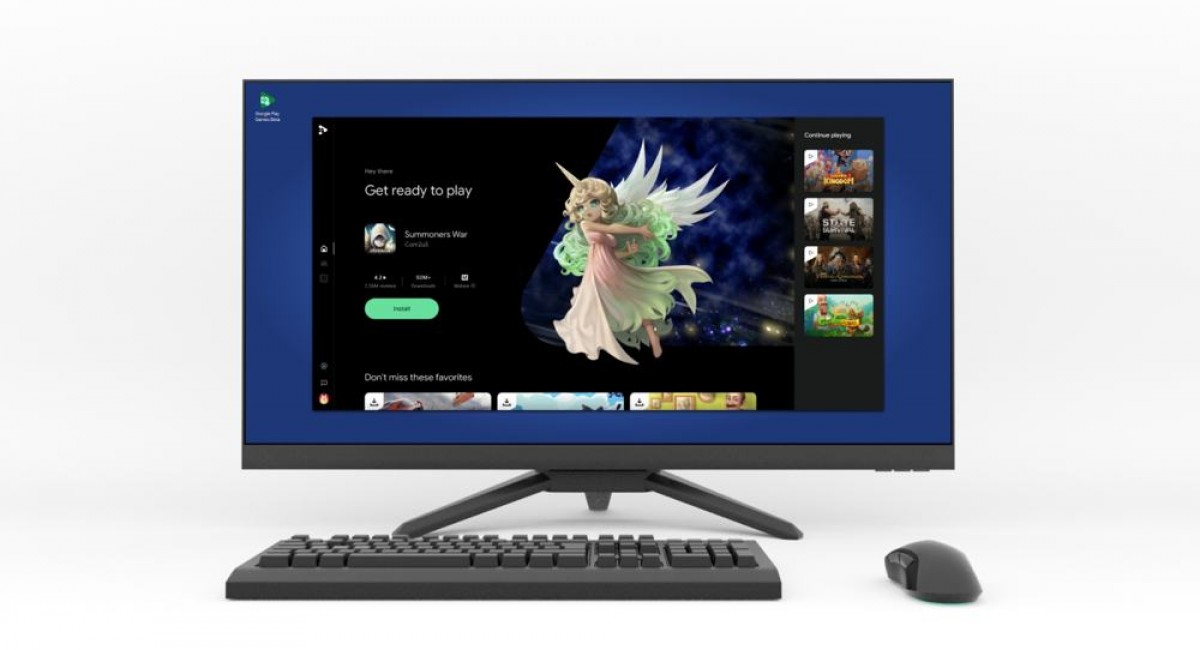 It's been several months since Google revealed its plans to bring Android games to Windows PCs, to the extent that we started to forget the project existed. Finally, the development of Google Play Games for PC continues as normal and beta testing is even starting for all users who wish to participate in 5 new countries.

The company announced that from today Google Play Games for PC will be available in open beta in South Korea, Australia, Hong Kong, Taiwan, and Thailand, while it plans to expand the tests to even more countries and without limitation to simultaneous users in the coming years. months.

At the same time, Google is dramatically lowering the minimum system requirements to run Google Play Games for PC on users' PCs, since in the original form you practically needed a…gaming PC. From now on, a quad-core processor with an integrated GPU, 8GB of RAM, and 10GB of SSD storage are enough, so the majority of users won't face any issues.

Currently, Google Play Games for PC includes about 50 games, which offer the possibility of cross-progress. This means that you can start the game on the computer and continue it on any other device (computer, tablet, laptop) as long as you use the same Google ID to log in to the application.

We expect the wider launch of Google Play Games for PC worldwide in 2023.