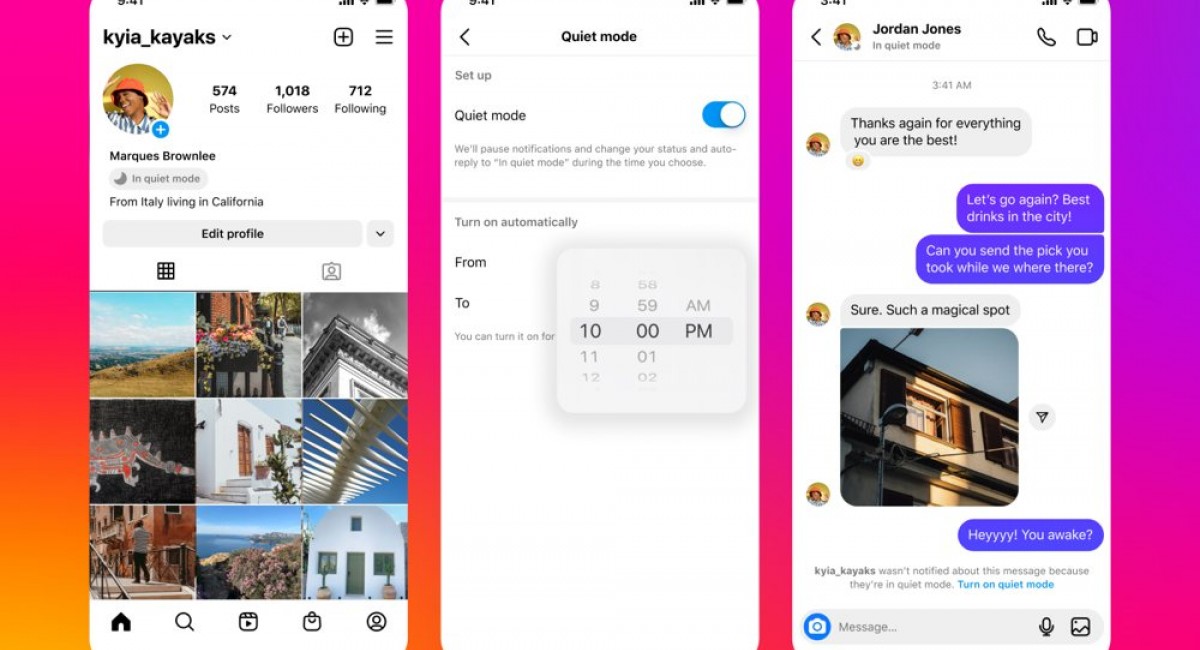 Instagram has officially announced a new addition to its tools for managing the time we spend on the popular app. This is Quiet Mode, which was created to make it easier for users to take a break from the service by informing friends and followers that they will not receive a notification in case someone disturbs them.

In fact, in the official announcement, they state that they will motivate teenage users to take advantage of the new tool in order to stay focused on their studies or even not to be disturbed during their night's rest. It's another measure to protect all users, but clearly the burden falls more heavily on young users of the service.

With the new Quiet Mode the idea is not just to prompt the user to take a break. Instead, it focuses on the real day-to-day problems of constant non-stop harassment from friends and followers that affects not only the productivity, but also the daily life of users. In addition, it works as an indicator for the other users who clearly see that the interlocutor is not available for the specific period of time and that their messages will not appear with any notification.

Users will be able to set a time period for Quiet Mode to be active, and after it's off they'll get a brief summary of what they "missed" while they were away. The start will be in the US, UK, Australia, New Zealand, Ireland and Canada, but expansion to more countries is expected soon.