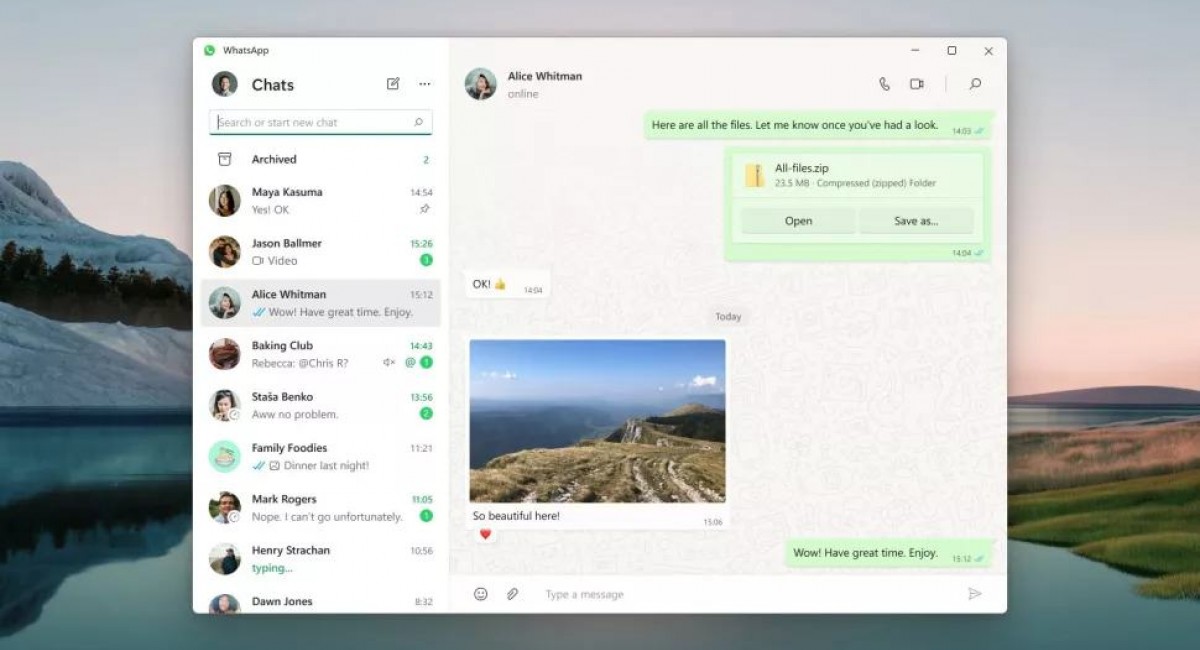 Meta has released the brand new native application of WhatsApp service for Windows 10/11 PC, which is completely written on Microsoft code to provide more reliability and speed in its operation, while it comes to give a great solution to its users.

In particular, the new WhatsApp app does not require the synchronization of the user's smartphone in order to work. This means you can send and receive messages, make voice and video calls, and receive notifications even when your smartphone is turned off.

The user interface of the new WhatsApp is slightly cleaner compared to the previous version, but in general there are not too many changes. Soon, in fact, the corresponding native application for Mac computers is expected.

The WhatsApp development team had announced since last April that soon the ability to connect up to 4 devices to the same WhatsApp account will be supported, so that you have access even without needing your smartphone. The start is made with the desktop version of the service for Windows devices and indeed with end-to-end encryption of messages, while it is expected that tablets will follow.

It should be noted, however, that if you have declared as the main device e.g. your smartphone, then you won't be able to delete conversations from your computer. Also, the desktop version does not support showing a preview for the links you send, nor sending messages or making calls to contacts using older versions of the service.