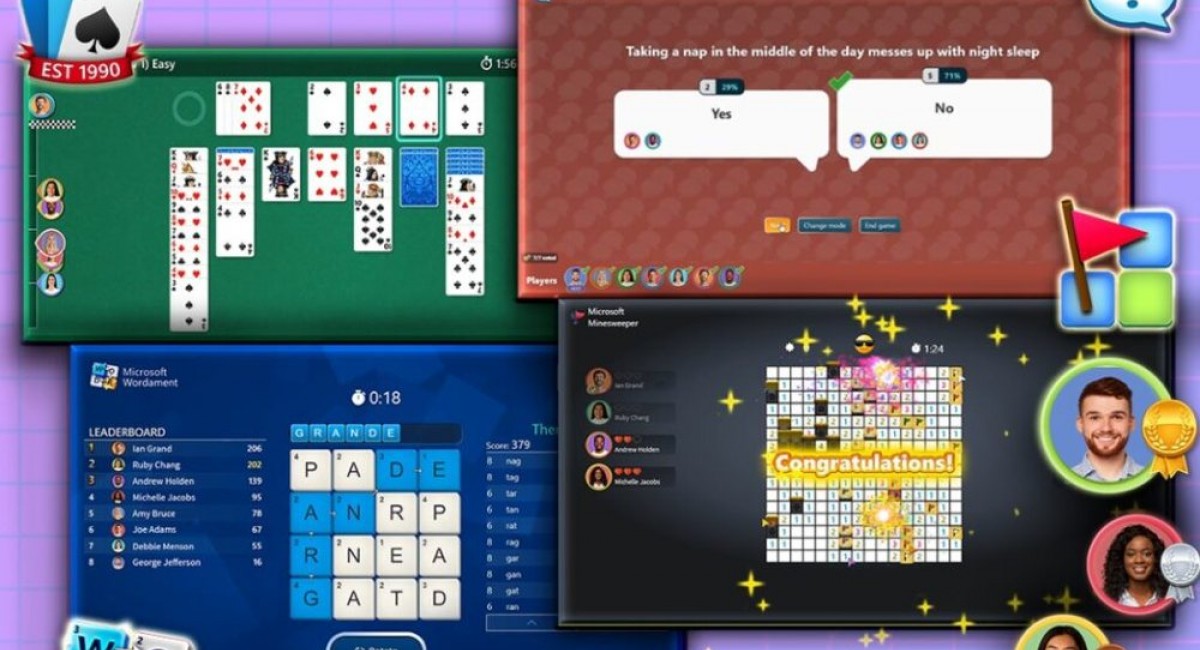 Microsoft's new app, Games for Work, adds some popular casual games directly to the Microsoft Teams communication platform, allowing users to play with each other during meetings.

The games available in this initial launch are Solitaire, Minesweeper, Wordament and IceBreakers, all safe for the workplace, ad-free and each with a different philosophy to promote collaboration, fair competition and employee teamwork. After all, from 2 to 250 players can play at the same time!

For example, Solitaire focuses on competition, Minesweeper on teamwork, IceBreakers on discussion to make the right decision, and Wordament on competition between teams.

Games for Work was developed by Microsoft Casual Games, a division of Xbox Games Studios. Microsoft strongly believes that games in the workplace are not yet a distraction for employees, but instead, significantly enhance their productivity.