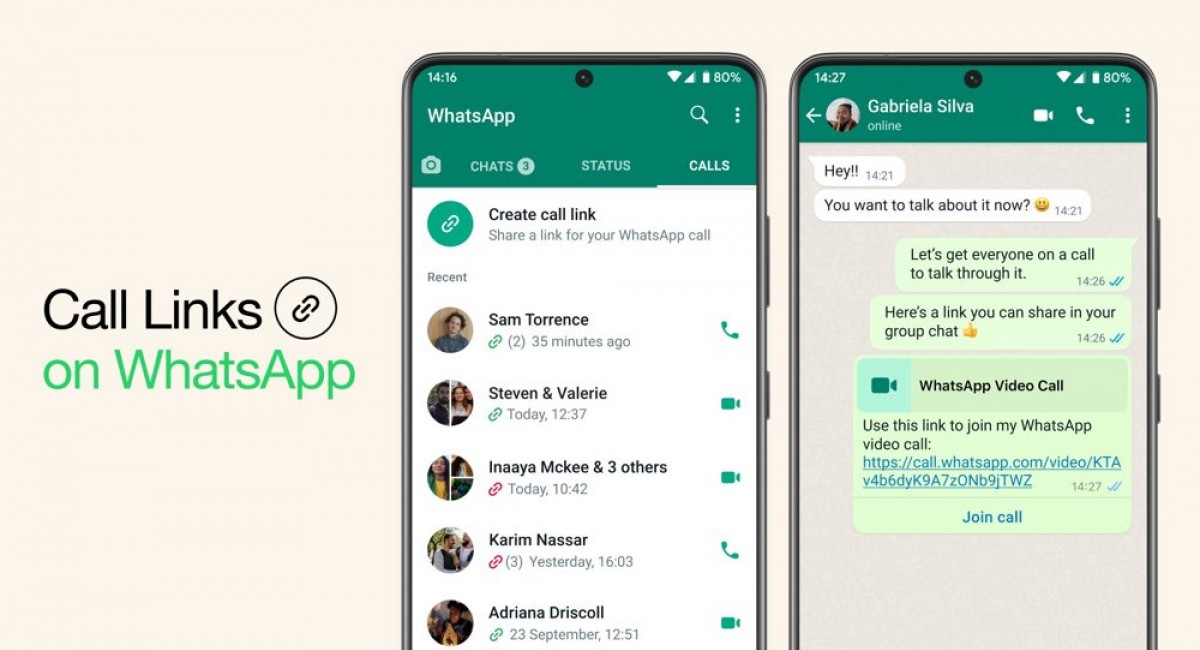 The ability to enter a voice or video call by simply clicking on a link is a given for many services, such as Zoom, Google Meet and Microsoft Teams, but until now there was nothing similar for the highly popular and widely used WhatsApp.

That changes starting today, as Meta CEO Mark Zuckerberg announced. By clicking on a link you will be able to participate in group audio/video calls, while at the same time the tests for encrypted group teleconferences of up to 32 people begin. The latest feature was announced last April, but is now being tested on some groups of users.

The option to create a video link has been placed in the Calls tab. Once the relevant link is created, the administrator will be able to share it with the desired contacts so that they can immediately participate in a group chat.

Note that this feature is being rolled out gradually and you may see it after a few days. In addition, it is not specified what happens in the event that someone clicks on the link, but does not maintain a WhatsApp account. Finally, there doesn't seem to be a possibility to schedule the group calls to prepare the corresponding links from previous days.