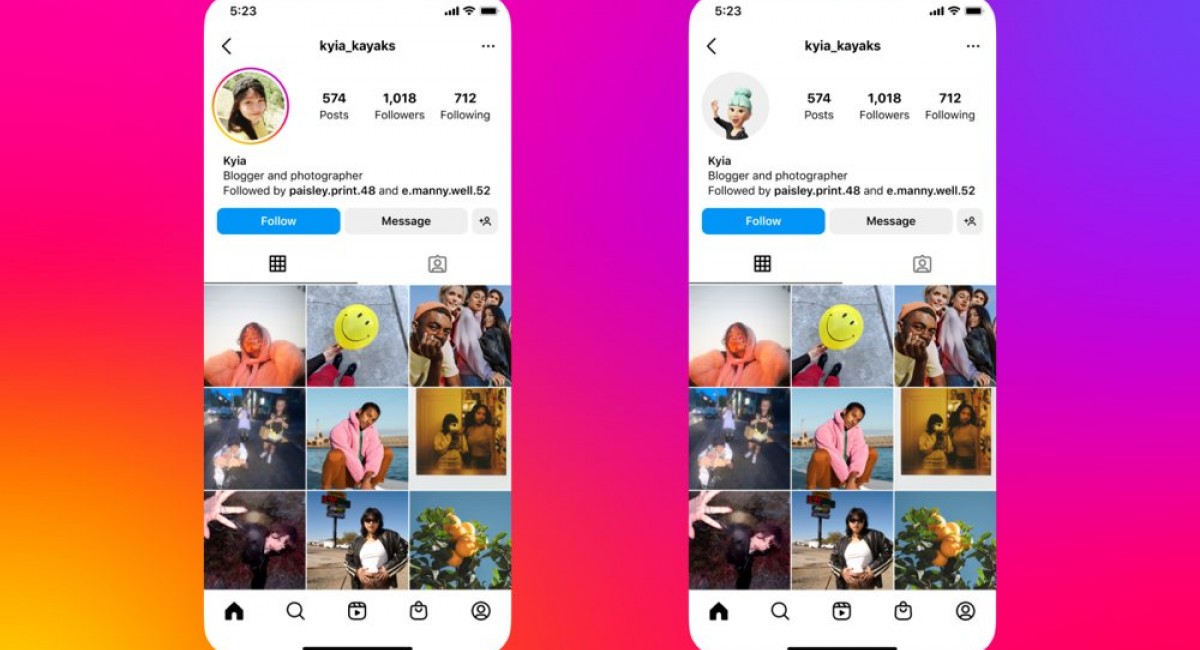 With the head of Instagram, Adam Mosseri, admitting that they overdid it with videos on the popular app, it was expected that the team would put more weight on the medium that took off the social network, namely photography.

As a first step they are tackling profile photos as they have officially announced the launch of their new dynamic profile photo which will allow users to swap simple photos with their avatar. Until now you could only choose one of the two (photo or avatar), but from now on you will be able to switch between them instantly.

To add an avatar to your profile, just go to the Edit Profile menu. This is where you add your avatar and those who visit your profile will see it. In addition, they are also launching animation for avatars, in the sense that the avatar will look like it is moving when it appears on your profile.

Meta launched avatars on Instagram in 2020 in an attempt to compete with Snapchat's Bitmoji and has since pushed them across all its apps - services, namely Instagram, Facebook, WhatsApp and Messenger.