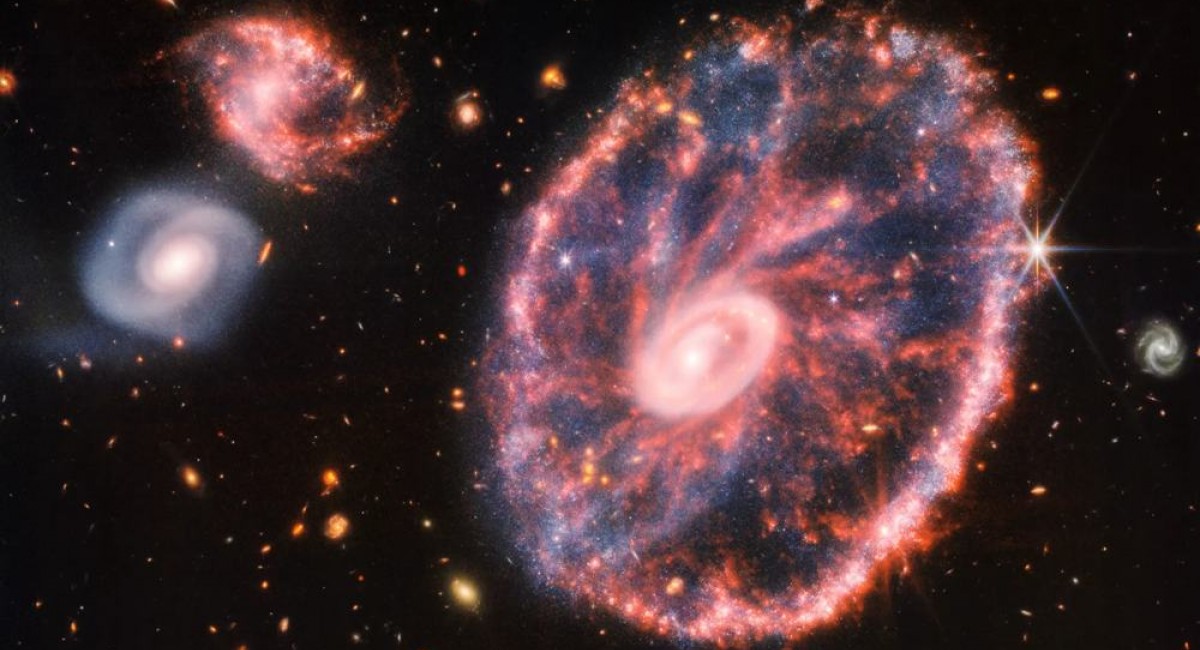 It hasn't been long before spectacular images from the mighty James Webb Space Telescope started coming back to Earth, and this time we're blown away thanks to the Cartwheel Galaxy captured by the telescope's infrared sensors.

The Cartwheel Galaxy is located in the constellation Sculptor 500 million light-years away and is the product of a collision between a spiral galaxy and a smaller one. As the latter passed through the spiral galaxy, it caused a giant shock wave of dust and gas that looked like throwing a stone into a pond.

The outer ring is estimated to span 440 million light-years and is 1.5 times the size of our own Milky Way galaxy. As it expands it collides with gas masses and causes the birth of stars and supernovae. The inner ring contains vast amounts of hot dust, and the brightest spots indicate giant clusters of young stars.

This whole system is one of the most impressive cases of a ring galaxy we've ever seen. The Cartwheel Galaxy was previously photographed by the Hubble Space Telescope, but that image is considerably blurrier due to dust.

JWST has been able to get dramatically better images thanks to the NIRCam (Near-Infrared Camera) system that "sees" at wavelengths hidden in the dense cloud and even figures out which stars are young and which are older. With the help of the Mid-infrared instrument, JWST reveals the scattered dust in the galaxy, and the bright spots are rich in carbohydrates and chemical compounds.

JWST images are available in high resolution on the NASA website.