JWST detects carbon dioxide on an exoplanet for the first time 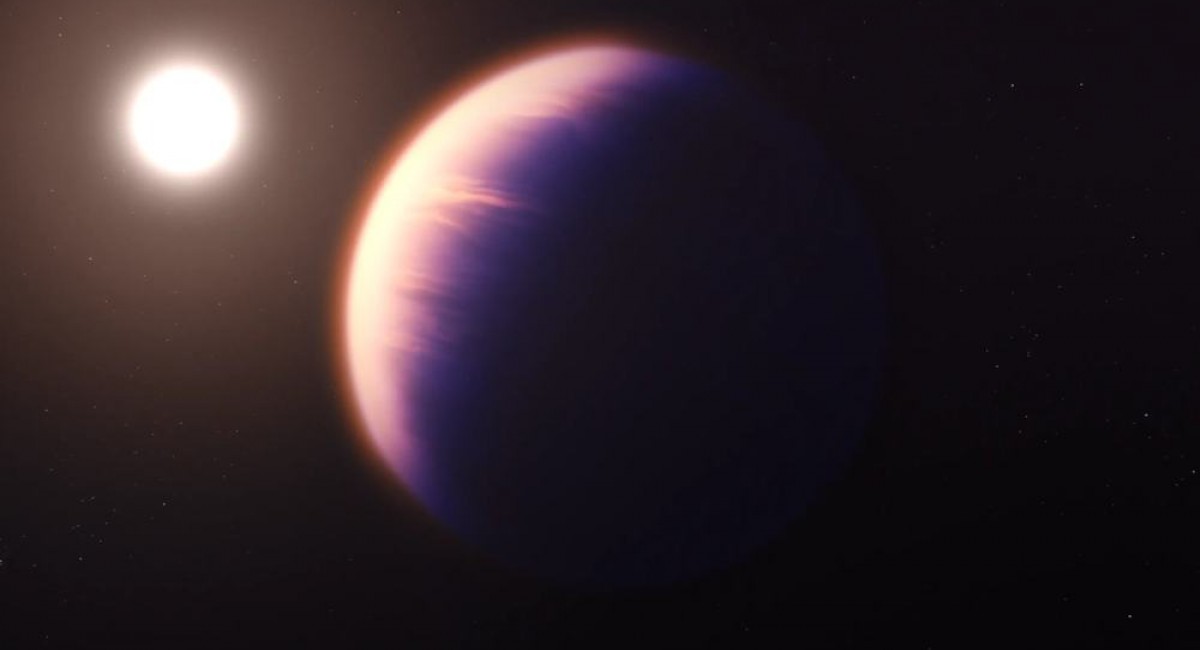 NASA's JWST has detected for the first time clear evidence of carbon dioxide in the atmosphere of a planet beyond our Solar System. The observation was made of a gas giant orbiting a star comparable in size to the Sun at a distance of 700 million light-years and provides very important information about the composition and formation of the planet. The discovery was accepted by the scientific journal Nature and proves that in the future the James Webb Space Telescope will be able to detect and measure amounts of carbon dioxide in the thinner atmospheres more minorler rocky planets.

WASP-39b is a gas giant with a mass nearly 1/4 that of Jupiter and a diameter 1.3 times larger. Its extreme thinness is due to the very high temperature that prevails, of the order of 900°C. Unlike the cooler and more compact gas giants of the Solar System, WASP-39b is in a very close orbit around its star, just 1/8 of Mercury's distance from the Sun, completing a furotationbit within 4 Earth's days. The discovery of the exoplanet took place in 2011 and previous observations with the Hubble and Spitzer space telescopes revealed the existence of gaseous water, sodium, and potassium. But thanks to JWST's unparalleled capabilities in the infrared spectrum, the existence of carbon dioxide is now confirmed.

The observation was made with the NIRSpec (Near-Infrared Spectrograph) instrument and the spectroscopy showed clear peaks at 4.1-4.6μm attributed to the carbon dioxide footprint. To date, no other space telescope has been able to discern these minute changes in brightness in a range of 3-5.5μm, where the wavelengths of water and methane are measured. This does not mean, however, that WASP-39b can host any form of life.

The significance of this discovery is in confirming that JWST can look to closer planets for these elements. Especially in the case of carbon dioxide, it is a significant indicator for researchers to understand the history of the formation and evolution of planets.