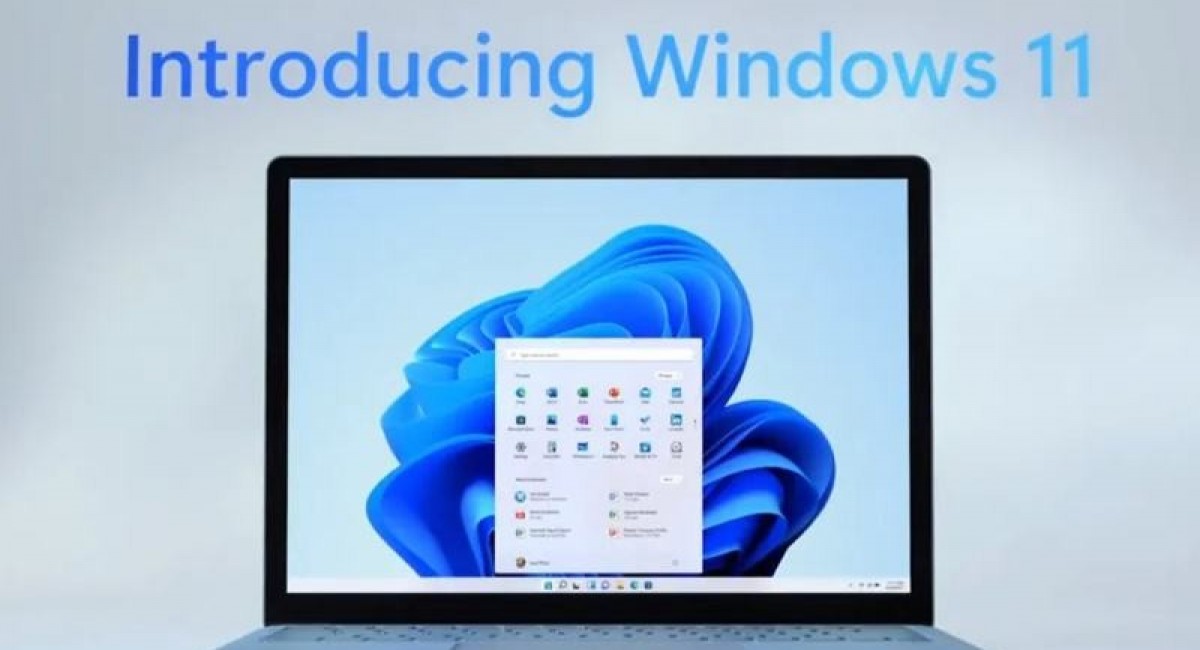 Microsoft officially announced Windows 11, the next version of the company's operating system, which brings with it several improvements, including a redesigned UI, updated window management features, and support for Android apps.

The new Start Menu puts aside the Live Tiles we first saw in Windows 8 while the taskbar was inspired by macOS and Chrome OS and includes the classic rounded corners we've seen on Android and iOS mobile operating systems. Also note that the new search bar finds results through PC, OneDrive and the Internet.

At the same time, Windows 11 will include updated dark and light themes, the upgrades will be 40% smaller in size and will run in the background, so as not to disturb the user while working or having fun.

An additional feature is called Snap Layouts, which will allow user to open quickly apps in various modes supported by Windows 11, while the operating system will remember that you have saved your appls through Snap Groups. Additionally, Microsoft is integrating the Microsoft Teams platform into the Windows 11 taskbar for ordinary and corporate users, so we probably have a tombstone for Skype.

When it comes to gaming, Microsoft is adding the Auto HDR feature we saw on the Xbox Series X / S, which will be available in Windows 11 to enhance the graphics in a variety of games based on DirectX 11 and DirectX 12, as long as the user has a compatible HDR screen. Direct Storage will be also supported, while the Xbox Game Pass will be integrated for access to hundreds of games.

One of the changes that was announced a long time ago concerns the Microsoft Store, which is radically renewed and brings tremendous enhancements for developers. The Microsoft Store will include Android apps that can run normally on Windows 11 PCs thanks to its partnership with the Amazon Appstore.

Windows 11 will be available in the and the upgrade will be free for Windows 10 users. It will be supported by computers with 64-bit CPU, 4GB RAM and 64GB storage.